We often don't give credit to things we know little about.  American marketers often discount the viability of immigrant consumers for a number of reasons.  Perhaps there's prejudice or stigma or maybe the data doesn't tell the whole story.  The American advertising model dictates that marketers use a very holistic and diversified approach with a strategic balance of traditional, non-traditional and digital media.  But what if I told you, the Jamaican diaspora breaks all those rules and spending money on traditional advertising media and marketing strategies is actually diminishes return on investment?  What if I told you that social media, specifically twitter should be the nucleus of any strategy?  Would you write me off as a kook?  If not, and you're curious... read on.

The island of Jamaica is not unlike many Caribbean islands.  Its residents are very hard working, family oriented and proud. Unlike the US, there isn't the same cluttered abundance of media options.  In fact, in many instances, particularly with the Jamaican millennial, they are stimulation starved and rely heavily on their mobile devices, specifically social media for news, entertainment and information.  In 2014, only 53.6% of Jamaican's had access to broadband internet but by comparison, mobile data penetration reached 109%, meaning more than one device per resident.  Jamaica has officially found its information faucet.  Any global topic with even the smallest connection to the island totally consumes all attentions and becomes topic of every conversation and twitter timeline. 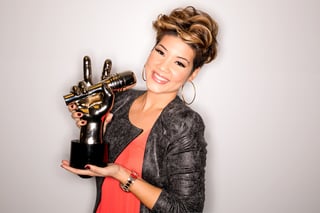 Allow me to present exhibit A: Tessane Chin.  In early 2013 she was the little known Kingston, Jamaican born, self-proclaimed Pop, Rock, Reggae, RnB, Browning Sista (a lightskinned Jamaican.)  She would audition and make the cut for   Season 5 of NBC's the Voice.  And while she would eventually win over the hearts of many Americans, it was actually Jamaica and the Jamaican diaspora that put her on the map in the competition with a groundswell of support on Twitter, sharing performances, shoutouts and love.  And although they couldn't vote legally (due to strict American text-to-vote rules) most would argue campaign headquarters was in Kingston Jamaica.  Today, Tessane touts 288,000+ followers on twitter.  By comparison, American Josh Kaufman, the Season 6 winner boasts a more modest 65,000+ followers.  Is she just better at social media than Kaufman or is there really something to this?

Let us look at another example.  Let's take Michael Phelps, Olympic Swimmer 18 time Olympic gold medalist, 22 time Olympic medalist, arguably the best American Athlete of all time.  He's on Twitter and, as of this writing, has 1.59 million followers. His closest Jamaican contemporary?  Fellow Olympian gold medalist and fastest man alive, Usain Bolt.  Both are very active on Twitter but Bolt, the most popular Jamaican athlete, more than doubles his followers with more than 3.98 million as of this writing.  Is there a trend? 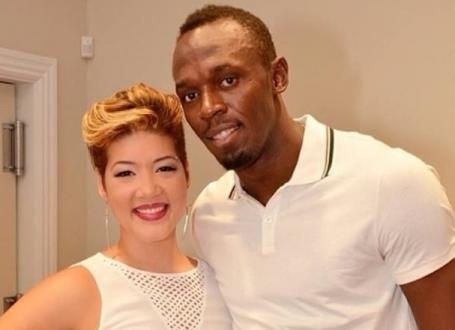 Now, I'll be the first to admit, followers generally are a poor indicator of influence but can provide an apples to apples comparison between users. There are 319 Million people living in America but only 2.7 Million living in Jamaica.  What that means is even if everyone in Jamaica had a Twitter account and each and every Jamaican followed Bolt, he would still need 1.7 Million people to account for his Twitter following.  Speaking strictly from a per capita position, there is an epic disparity in the ratio of residents to followers (1.5 follows for Bolt to every Jamaican resident vs. 5 followers for every 1,000 Americans.  So what gives?  Michael Phelps is every bit the star that Bolt is, if not larger.  Some might argue these are stars and their reach transcends their country of origin.  True.  However to examine this accurately, we have to consider two variables about Jamaica, the diaspora and media consumption behavior.

The Influence of the Jamaican Diaspora

Believe it or not, there are actually more people on this planet who self-identify as Jamaican NOT living in Jamaica than those that do.  These people make up the Jamaican Diaspora. Jamaicans are a very proud people generations have been rather nomadic with the highest concentrations of diaspora in the United Kingdom (800,000), The United States (740,000) and Canada (257,000)  But why so large?  The Jamaican migration can be traced back to the construction of the Panama Canal and later, farm expansion in the United States.  Skilled workers left the island to find work.  Today, now two and three generations removed, the cultural connection to Jamaica hasn't died and neither has the identification as "Jamaican."

To better understand how to market and advertise to Jamaicans you must understand the relationship with with diaspora and the home country.  Today, the diaspora remains vital to the survival of Jamaica, particularly since the onset of the ongoing global recession. Remittances or money transfer from overseas nationals represent the largest import of foreign exchange.  Many Jamaican families rely on remittances to supplement their income and care for the young and elderly.  Additionally, the Jamaican Diaspora represents a source for employment, investment and tourism.

This intercontinental relationship with family and friends living in the diaspora necessitates reliable communication.  With international calling still expensive tools like Skype and Whatsapp provide essential lines of communication.  Social Media platforms, aren't just a time-suck for those bored at work but how individuals express themselves and communicate with loved ones around the world.  This speaks to Jamaicans over-indexing use of social media, namely Twitter.

So what have we learned?  The Jamaican Diaspora isn't just the extended family of Jamaica, its the lifeblood of the island and its culture.  It represents its past but also the long-term success of its people in the future.  For those living in Jamaica, mobile and social tools are vital tools in the absence of abundance that Americans take for granted.  For the Diaspora its the trusted way to stay rooted in the rich history and culture that bonds them as Jamaican.  As marketers, understanding this unique relationship with technology is important, but not leveraging it when targeting the Jamaican diaspora, is a sin.