Here's to hoping you're enjoying a nice, leisurely cup of coffee as you read up on this week's Hot Takes. Speaking of...

Under the Influence
Influencers and influencer marketing are all the rage right now. Finding that perfect person on the right media channel could be a hit for your brand, but it's not as straightforward as it may seem. You need to have the right influencers on the right media that reaches the right demographic that you're aiming for. Simply picking someone based on follower count doesn't equal instant success.

Now, I was thinking this week about influencer marketing and it occurred to me that it, or something like it, has always existed in some form or fashion. Celebrities don something new and all those who want to seem trendy go out and get what they're wearing, drinking or advertising. So why is it that now it's become a thing with dozens of think pieces and lots of talk about strategies?

I think it's technology. The creation of social media, the popularity of smartphones, where celebrities and other influencers are able to potentially reach your sought-after audience in an instant and having that audience react just as quickly seems to be behind it. Think about the rise of Snapchat and Instagram. One picture or video with your product in the shot, seen by the right people?

Influencer marketing is probably not going away. But maybe that's because it was already sort of here.

This may not seem like a big deal, but if your ideal demographic happens to be black consumers, it absolutely could be. Here's why: consider his unexpected death at the height of his career, the Notorious B.I.G. has an untouchable status in our culture. This means that recognizing his birthday on a social channel could be perfect for your brand, if that aligns with your brand messaging.

No, it's not an official holiday, but if your desired audience is likely to be somewhat aware of the day, then missing out on a chance to connect with them would be a mistake.

Need some ideas on what to do? Consider sharing some content related to the late and great rapper, an image that isn't too cliche. Maybe you know a little known fact about him that you can share. Whatever it is that you decide to do, just be authentic.

Parents Just Don't Understand
Have you ever noticed that every time a new generation rises up and becomes The Generation, older generations consider them to be pretty much the worst? Think about how many complaints are made about Millennials, from generalizations about their work ethic to criticisms about the music they listen to and everything in between. I can bet you that in the next decade, as the attempt to generalize Gen Z is made, the same things will then be said about them. I can also bet you that the generation before has had the same things, or similar, said about them. It's a never ending cycle.

We tend to use rose-colored glasses when looking back at the way we did things when we were younger, and comparing them to the current generation always means that the one we belong to wins out in the end.

Just something to think about. 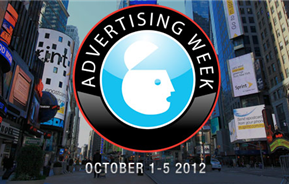