5 Reasons Grassroots Marketing is An Underdog's Best Bet for Success

March brings us the NCAA basketball tournament where the top teams on both the womens and the men's side are placed in positions according to their records and face each other in a one and done knockout style tournament over the weeks in march ultimately ending up in a champion on the men's side and a champion on the women's side. The way these match-ups are constructed the teams with more losses from weaker conferences are pitted against teams with less losses and stronger conferences. With 32 teams all together split into 2 groups of 16 in the first round the #16 team faces the #1 team. History dictates that in that first round #16 HAS NEVER beat #1 until this past weekend when #16 seeded team University of Maryland Baltimore County beat #1 seed Virginia in the biggest upset in NCAA tournament history a momentous occasion for a tournament that has been in place for decades where upsets and last minute buzzer beaters are common but nothing like the dominant 20 pt victory UMBC had over Virginia had ever been seen.

This got me to thinking about the way in which brands who are “underdogs” in their field for whatever reason whether it be new to the market or around for a while and haven’t been able to get a foothold because of stout #1 spot type competition, or maybe was at the top spot but for various reasons got knocked down a few pegs can use grassroots marketing to propel them to success. There are numerous reasons a grassroots approach could help win a chip (championship) for your team included in those are the potential for high ROI, the ability to get right to your consumer, the surprise factor. There’s also a momentum that comes along with people hopping on the bandwagon,and the ability to create a pathway to a championship.

A grassroots campaign by nature takes place when there’s limited resources or when there’s an intimate connection that needs to be made that can’t be accomplished through traditional media techniques, sometimes both are true. Because comparatively to traditional media sources grassroots approaches are usually less expensive if executed properly the returns on that initial investment can make it so the grassroots marketing becomes a mainstream approach for your product or service. Putting in the context of the NCAA tournament it’s been calculated the return to the UMBC as an institution because of this upset victory is immeasurable. Undoubtedly this victory will account for tens of millions of dollars flowing to the institution from different avenues and revenue streams. The money that was spent in recruiting and paying tuition for players and running the program has been repaid and then some because of this one victory. In the context of a grassroots campaign the return compared to what the initial investment can be such that you’ll question why you didn’t go down this path sooner.

As an underdog in the sporting or business world a grassroots approach can help if you don’t have the ability to used established pipelines and middlemen that larger entities use and have access to. You may have no option but to do a lot of that yourself and get the product or knowledge of the service to the end user without all this facilitation and padding. I’m sure if you compared training facilities, access to coaches and support staff, fan base and ALumni Virginia would outrank UMBC in everyone of those categories. UMBC had a DIY lunch pail on the job site mentality in the game and I’m sure by extension in there prep leading up to the game that allowed them to cut through and be successful. Grassroots marketing can be the same way in it lets you get the info/product/service in the consumers hands, no middlemen or bureaucratic red tape to hold you back or to be dependent on which leads to complacency which can lead to an upset just ask UVA. 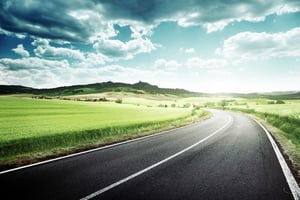 One of the side stories of this upset victory was that essentially no one on planet earth except maybe people affiliated with UMBC picked them to win when filling out their coveted NCAA Brackets. There many reports of sportsbooks and betting sites making record early profits bc of his upset. This can be another leverage point for an effective grassroots campaign the surprise factor. One of our techniques is what we call pop up activations. #TEAMGRASSROOTS descends on a location without out any prior notice but where we know our target persona is going to be and have a full scale activation on site. The surprise factor in these type of efforts works great because the target persona is at the very least happy to have some type of momentum change or shift in what could be a boring pre planned day or schedule. After the UMBC victory the energy level of the entire tournament went up from other teams now on upset alert, to interview with UMBC players about the victory. Commentators and prognosticators were engaged talking about this historic moment etc. The surprise of the victory created a momentum that carried throughout the first week of the tournament. A similar effect can be had in a grassroots effort the surprise factor can be a tide that lifts your boat.

Tied to the previous point there’s a momentum that is generated when your team comes with the surprise victory, let’s call it “Bandwagon Momentum”. Because you’ve now made a name for yourself whether it be on the court/field of play or via a grassroots marketing campaign everyone is talking about your effort everyone’s a fan or maybe even a hater but they’re still paying attention. This is a great effect for brands considered to be underdogs, you wouldn’t have this many people paying attention if you didn't do something right use those new bandwagon fans to help propel to the next level. Bring some awareness to your cause, drive traffic to retail or a website for conversions into sales, offer an assessment or consultation on your product or service and you can make these gains permanent.

Creating a Road to the Final Four

In the NCAA tournament the ultimate goal is to be the last team standing holding the trophy and cutting down the nets, but just as much and sometimes even more attention is given to teams who reach the “Final Four”. This is a great accomplishment and something schools hang banners in their rafters for. A grassroots campaign is a great way for you to create a path for yourself for big wins whatever the equivalent of a championship is for you in your industry and if not a chip perhaps making the final four and acquiring accolades for that as well. If the path isn’t laid out for you using traditional means a grassroots approach can be a way to create that path.

As of this writing the tournaments entering the “Sweet Sixteen” and UMBC was actually eliminated in their second round game, but there upset victory as a #16 seed beating a #1 has them in the college basketball history books for eternity an underdog will be mentioned among the greats. The same can be accomplished for brands with a grassroots approach where they can forge a path to championship, building on momentum from win to win, surprising people and gaining more fans, and have a direct to consumer exercise that has a huge return on investment. Can you think of any other reasons underdogs can use grassroots marketing to be successful? Feel free to share in the comments we always like hearing from you.

The Essentials of A Conversion-Based Experiential Marketing Strategy