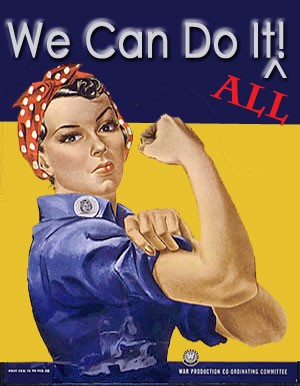 The most talked about book of 2013 so far has been Sheryl Sandberg’s “Lean In” Women,Work and the Will to lead . As the title suggest  Sandberg takes working woman to task challenging them to be more involved and proactive when it comes to their careers and also how to integrate this new level of career activity into a healthy family life as well.Since it’s release the book has garnered much attention negative and positive with feedback ranging from declarations that this book and Sandberg will be the catalyst for a new feminist movement in America and the world  to views that Sandberg is just another wealthy elitist trying to impose her vision of what a working woman should look like.

We wanted to hear from Sandberg's target audience when talking about “Lean In” and how the book has effected their lives/careers. I had an opportunity speak with Amanda Spangler who is an executive in Consumer Relations for a large NY based Public Relations firm. Spangler is a driven professional who’s been in her industry for many years and has experienced the ups and downs of being a career woman breaking through ceilings (perceived or real) to attain the level of success of her male counterparts, all while balancing a personal life.

Spangler says that amongst her female colleagues “Lean in”  has definitely been a topic of conversation. But the conversations surrounding this topic were happening before the book was ever published but it takes a powerhouse like Sandberg to bring the conversation to the forefront.  “It’s not necessarily about having an answer right now but more importantly the conversation is taking place” says Spangler. She continues adding “The term lean in is a great one because it’s less offensive then “try harder” and it’s more about having a support system that allows you to be successful  than just wanting success more. It also comes down to your mentors , As a culture mentors isn’t something that we encourage as much as we should” Sheryl Sandberg talks about the importance of woman finding  mentors and support groups in order to help them advance, Spangler believes in mentorship as well “ One of the things that I’ve found is that there isn’t those mentoring networks for women… It’s more inherent for men you have these clubs of men that are supportive of each other and women don’t tend to have that” “You need someone that’s been there to tell you “”don’t make a left turn here make a right”” I try to have a mentor at different levels departments and areas of my life to point me in the right direction.” Spangler also believes that these mentors don’t always have to be other women they can be men as well.

One of the main tenants of “Lean In” is that for a woman to be able to succeed and raise her profile in the company she’s going to need outside help. Spangler Agrees with Sandbergs sentiment that  “Leaning In” has as much to do with the spouse or partner of the individual helping them take care of house and home and not leaving it all up to woman. “Men leaning in as well and taking the reigns on family life so the woman can have a career is important” Spangler goes on to explain  “ A woman gets to a point  where we feel we have to make a decision one of these days do I have a family or do I have a career” This point in a woman's career ties into the concept or myth depending on who you speak to of  “Having it All” does it really exist?  If a woman is going to come close to having it all her partner definitely has to be supportive not just through encouraging words but actions as well. Amanda uses the plate spinning analogy to describe how difficult it is to have this life/work balance, but agrees that your partners participation is vital. “A partner is vital I’ve watched my parents do it I’ve watched my sister and husband do it….. you can’t spin all plates perfectly at all times…… the more you take on in your life the more help you need spinning”.

Amanda is in her late twenties and is single,  getting married and having kids is definitely part of her and her colleagues 5 and 10 year plans. But she explains how a woman's approach to those plans are vastly different from her male counterparts, It’s almost a race against time before you ave to choose between career and family.  “You think about “”how much can I accomplish before that time””….. because you know it’s going to slow down the second you have kids”. She goes on to explain witnessing this transition for a working woman firsthand at her own firm, female colleagues who were very driven before they had children and begin a family change once they started a family “It had nothing to do with their talent or skill level but their desire to be in the workplace or in the trenches on big assignments it definitely changes”

Another important point made in  Sandbergs book is that women in a work environment often times have to make sure they stand up for themselves and be just as or even more assertive and aggressive then their male counterparts to be sure that their voice is heard. This is something Amanda has admittedly struggled with “This is something that always comes up amongst friends at happy hour how hard do I have to push to get what I want at work which is completely against my personal nature”.  It also ties into corporate culture and the type of company you work  for, is the environment inclusive and committed to nurturing and developing top female talent or is it more of Boys Club throwback to the “Mad Men” Era of the mid 20th century. Spangler feels that it’s important for  a woman to pick the right type of company  to work for that will be supportive and are more progressive than other companies that have an older way of viewing women  “It’s both the culture and the rules that are enforced…. Your employer has to absolutely be supportive,an even though it’s 2013 I don’t know how many employers are supportive” She uses the example of paternity leave given to fathers  at her firm to highlight how progressive employers address the change in gender roles in the contemporary workplace  “at my company Fathers get 2 weeks of paternity leave which is more of the exception and not the rule… the needle needs to keep moving.” 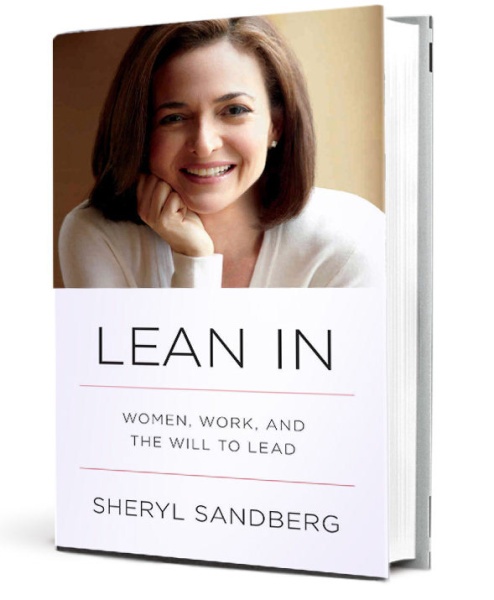 One of the criticisms of Sandberg and her book is that she’s speaking from a position of privilege being a Harvard graduate and having worked at top levels throughout her whole career she hasn’t had to struggle for equality and to be heard like the average working woman. Spangler believe that this criticism is unfounded “It’s the point that muddies her argument” “She (Sandberg) is a thought leader and a thought leader is going to be in a position of power… if you’re able to achieve these great things and talk about it you’re going to have some of these other nuances of your life that allow you to do it more easily.”  “Should Michael Bloomberg a billionaire ban soda? But the conversation is worth having these thought leaders drive conversation in society at large.”

From my perspective one the biggest challenges in this new feminist movement is that these traditions of exclusion, inequality and low ceilings for women have been in place for centuries. Is it better now than it was before? Yes, but still there's a long way to go Spangler shares her thoughts on gender inequality and how we as a sophisticated workforce continue to stride towards equality. “Having the conversation is #1 that’s where you start, you have a person like Sheryl Sandberg who has the influence to spark that conversation” Spangler highlights trends in marketing that indicate the way we view gender roles are changing rapidly “You see a lot more marketing to stay at home dads and Super dads”

Lean in, work harder, having it all, super woman, inclusion, diversity it’s all coded language which indicates the seismic shifts that are taking place in the world as we know it. Whether you agree or disagree with Sheryl  Sandberg's opinion the fact is the shift has begun the conversation has started and it’s now up to companies to pay attention and become part of the conversation, or ignore it and find themselves irrelevant to the contemporary work environment.