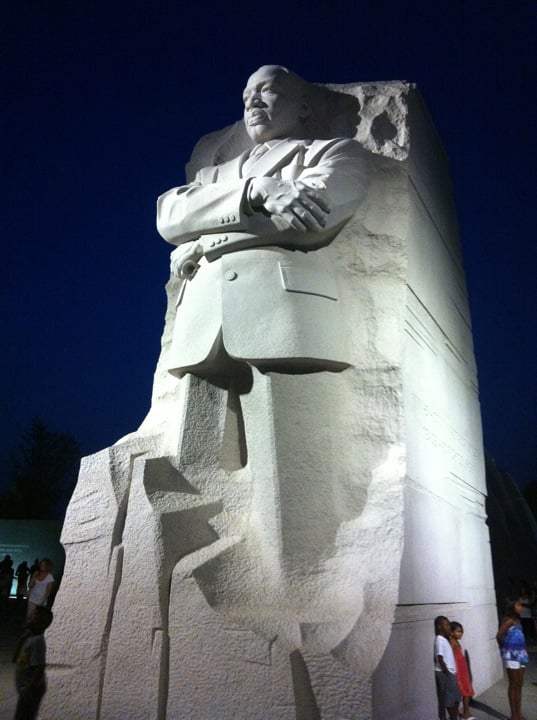 As I wake up this morning reflecting on this day in America that we know as Dr. Martin Luther King Jr. day. I think about where we are as a country and if Dr. King would approve, be proud, disappointed, shocked, hopeful or resentful. To be honest I think he would be a bit of all of those combined. Dr King wasn't into favors or a "hook up" he didn't want someone to get preferential treatment b/c they were a minority (and when I speak of minorities it includes women as well) he wanted everyone to be treated the same and for people not to be discriminated against based on the color of their skin, gender, or sexual orientation. To paraphrase one of my personal business hero's Earl Graves Sr. minorities want to run the race with the same track shoes as non minorities as opposed to having to run with combat boots on.

More than 40 years after Dr. King was assassinated fighting for an equal opportunity and economic equality we have made strides towards leveling the playing field but are very far behind were Dr. King would have wanted us to be and the numbers tell us all we need to know.  It's  a different fight than it was in Dr. King's day and even he realized what was the next important step, economic equality as he was organizing The Poor People's movement to bring together poor people of all races to demand a fair shake and  living wages from the powers that be.With the disparities in wealth that we see in 2012 with the average minority being worth roughly 5k and the average non minority being worth over 100k this is undeniably the new form of oppression and the front lines of the modern day civil rights movement highlighted most recently by the occupy demonstrations.

The disparities hold true in the business world as well especially in the advertising/marketing/ P.R. arenas. "Supplier Diversity" is a word that has been thrown around the industry for years but really has no teeth to it and is meaningless. I've said it privately amongst friends and colleagues and I'm saying it hear publicly "There is little to no supplier or employee diversity in advertising" Yes some agencies have supplier diversity programs and diversity exchanges were once or twice a year they have a "forum" to talk about diversity in the industry and what can be done to improve it. They'll even invite minority suppliers and walk them through what it would take to do business together, knowing that as long as that supplier is minority or woman owned they'd never do business with them or even listen to what they have to say.

Similar to Dr. King and Earl Graves we don't want the business or opportunity b/c we're minority or woman owned but we'd at least like the decency and respect to have he opportunity to present our talent and capabilities in the same manner that non minority firms do. The only way this change will take place is mandates from clients. The Brands that hire these agencies must start demanding that minority firms and suppliers be used on their campaigns and not just when they are trying to reach a minority audience or demographic to push a product and service but in all cases. Because as my landlord in college once told me "Money Talks". Until the lack of diversity begins to effect the bottom line of these agencies "Supplier Diversity" will continue to be a hollow catch phrase companies trot out like a show pony to look good in the public eye.

Let us continue Dr. King's legacy by ensuring that every person, company, and organization is judged and given or not given opportunities based on their character and ability to get the Job done as opposed to the color of their skin, gender, or sexual orientation. Then and only then will we start fulfilling "The Dream".

In Holiday Client Gift-Giving, Play by the Rules