"What media mix is effective in advertising to the ethnic demographic?

It is this question, that has fueled the Highbrid Media business.  For the last 32 years the simplest answer was to use Black Entertainment.  BET was perceived to be the holy grail of access to the black populous via television.  Advertisers looking to target African Americans flocked to the network.  McDonald's with their "Calvin" spots and Coca-Cola with the "Always Coca-Cola" ads that introduced the world to Tyrese both snatched up market-share from their slow-reacting competition.

Today, African Americans watch more TV than any other group, racking up a whopping seven hours on average, 12 minutes daily, two hours above the U.S. average  (according to a 2011 Nielsen report).  With a cumulative spending power topping $1.1 trillion, Blacks make up one of the most attractive target markets.

With the introduction of TV One (Radio One) and Centric (Viacom) in recent years and the anticipation of REVOLT (Sean 'Diddy' Combs/ Bad Boy) and Aspire (Magic Johnson) one might think the market for the all black network must be expanding.  So why are all the viewers leaving for VH1?

If you're like me you were a fan of the MTV series "The Real World."  Credited as the world's first reality show, the series took flight in its second season when Dave Edwards yanked a blanket off a half-naked Tami Roman while she was lying in bed. Two lessons were learned that day.  No one messes with Tami and more important, how to get African Americans glued to TV set.   A largely overblown fight ensued, allegations of rape were tossed around and Edwards was booted from the show but ratings soared through the roof, especially among black viewers.

Fast forward 20 years and Tami's still at it.  Now, she's beefing with co-stars as a cast member of VH1's Basketball Wives and helping the network score record ratings and winning black viewers from BET and the other all-black networks.  The once red-headed stepchild of MTV had a makeover switched up her weave and turning heads in the African American community. 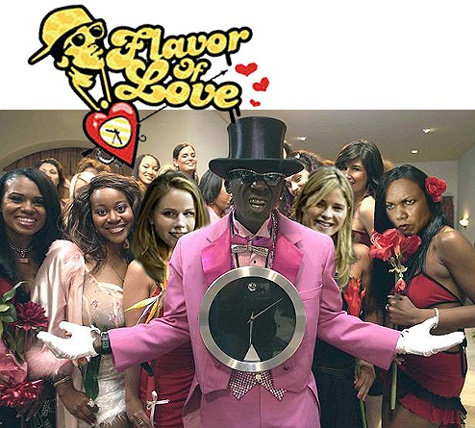 Basketball Wives chronicles the often physical, always alcohol induced fighting among the wives, girlfriends and exes and "sidechicks" of NBA players.  Since it's success with Flavor of Love, the 2006 dating show which pitted bodacious female against each other to compete for Flavor Flav's affection, the network has struck gold with the African American demographic.  Of course, these ratings weren't earned without controversy.

VH1 and the producers of their popular reality shows like Basketball Wives, Love & Hip Hop and even the entirely white cast of Mob Wives have come under fire for their gratuitous violence and poor portrayal of and example for women.  This is a price VH1 has been more that willing to pay.  BET and the other all-black media have been claiming to purposely have been staying away from such programming as part of their civic responsibility but it all comes across as sour grapes from the runner finishing a distant second.

While reality TV and the fabricated dust ups they've produced might not be around forever, Tami Roman has proven its staying power.  While VH1 might not have been the first dog in the fight, they've clearly been the one willing to take all the risks.  As we know, with the higher the risk, the higher the reward.