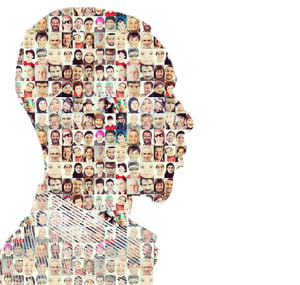 Mass shooting shave been a problem in the US for a cpl decades now, but the most recent mass shooting at Marjory Stoneman Douglas HS in Parkland FLA. where 17 people were killed has sparked a massive movement the catalyst of which has been the students of Stoneman Douglas themselves and other groups of students around the nation. A lot of what has taken place in the time since the shooting in regards to students organizing is very similar to activating a grassroots campaign on behalf any brand or company. In an instance of organizing a nationwide effort of this magnitude but still targeting an elusive audience like teens they’re a lot of reason why grassroots marketing ideas would be appropriate including the aforementioned hard to reach demo, garnering larger endorsements from mainstream to add validity, building a story some lore/perception most genuine, Influencers as a powerful tool, limited resources including time.

Let's face it when you think massive political engagement on important issues in the US your mind doesn’t automatically default to 15-16 yr olds. For this reason grassroots marketing ideas are appropriate to reach a teenage audience because they’re not engaged on mainstream media. This tactic is often necessary when you have either an elusive fluid audience or they’re skeptical of media messages perhaps both. For these type of attitudes and behaviors the best answer is to meet them where they are and in many cases this means a grassroots type effort to meet that challenge.

Another appropriate grassroots marketing idea we’ve seen by protest organizers from the Parkland Shooting is making your effort louder by endorsements in two forms by celebrities and the public. In this instance is the initiative is one that most with common sense and decency for other human beings can get behind so the barrier for wide acceptance should be low. One of the challenges is a combination of legislative apathy brought on by internal strife and external forces such as strong lobbying groups. So outcry aka endorsement of the effort by the public and followed by celebrity endorsement is a great idea to amplify the voice of your effort whether protest or brand campaign.

The immediate story with Stoneman Douglas is obviously the shooting itself but there are other sub stories that emerge that galvanize a grassroots approach. Making those stories and the telling and retelling of those stories by different mediums like tv, social, word of mouth is important to a grassroots effort. The key being it’s not forced, a captured organic moment like the impassioned speech from Stoneman DOuglas student Emma Gonzalez where she “Called BS” on lawmakers lack of ability to pass gun control. A strong story with layers to it is a great grassroots marketing idea. Now the students in Parkland didn’t sit down and craft this story they were thrust into it, but nonetheless the narrative developed by the them is the driving force behind the ability to organize a massive protest effort to spark change. 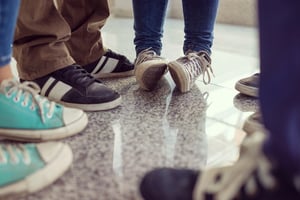 Another idea and one of the most apparent in the case of protest organizers is influencers. As mentioned prior when you have non traditional audiences influencers are a great way to spread your message. Whether that be about a brand or where the march is taking place. Influencers give you the ability to connect oftentimes on insular permission based channels like instant messaging apps through a person or source that’s trusted and respected. By definition that could seem like a micro effort that doesn’t have the scale to suit the purpose, but to the contrary with social media tools and a compelling story the reach of the message can be exponential. These teens are talking to each other and spreading the message to organize their influence on one another is not to be underestimated.

By original definition grassroots marketing ideas were often as a result of money time and other resources lacking. Recently even large resource laden brands and orgs use grassroots tactics to engage their target persona bc they recognize the effectiveness and ROI if executed well. Protest organizers fall closer to the former definition. A social cause typically has no financial incentive or reward of the organizers they’re doing it bc they care. But at the same time it takes money and resources to put together any event. Whether through donations or private capital a grassroots appeal is going to be appropriate given what’s available to you.

Grassroots marketing ideas are definitely part of the organizing that you see as a result of the mass shooting incident in Parkland FLA. In the coming weeks they’ll be a 17 minute walk out by high school students around the country to represent the 17 lives lost that day. There has been massive organizing using social media platforms and groups on those platforms have been formed for the soul purpose of organizing students and the larger public around this issue. The March for our lives which is also taking place in a few weeks is predicted to have tens of thousands of participants in cities like New York and Washington DC. Limited resources, the use of influencers, an elusive demographic, having a story to tell, and endorsements are reasons to take grassroots approach in organizing protests and campaigns. What are some other reasons grassroots marketing ideas are generated? Feel free to share in the comments section below.

The Essentials of A Conversion-Based Experiential Marketing Strategy