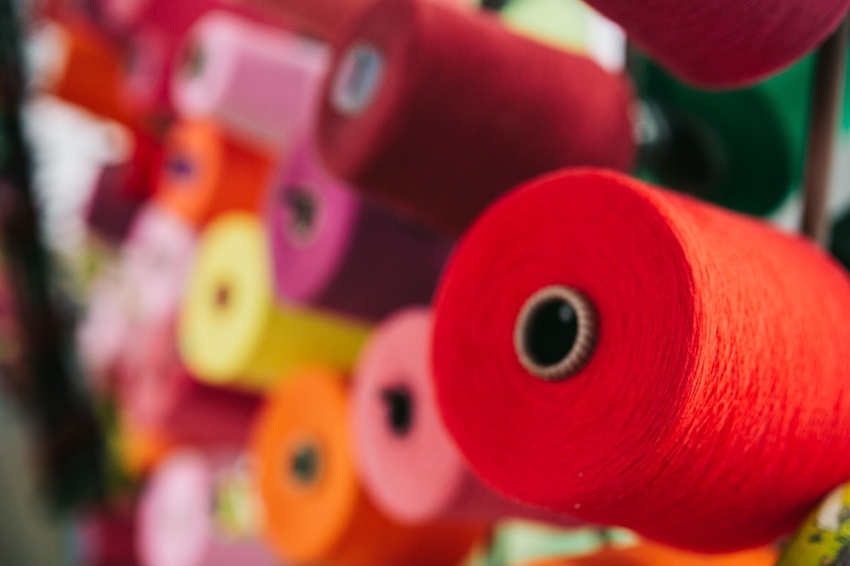 As America trends towards a more diverse society, everyone from the small business owner to the veteran marketer has had to adjust accordingly.  We've been conditioned to target the biggest group of consumers as best practice.  But this "general marketplace" is now contracting and at a rapid pace.  Understanding the multicultural consumer is tremendous importance.  Here are 7 multicultural marketing terms that you should know to get you started.

Wikipedia describes ethnic as "relating to a population subgroup (within a larger or dominant national or cultural group) with a common national or cultural tradition." HUH?! Perhaps its oversimplification, but couldn't we just call ethnic, that which is of the a minority?  The term "ethnic" is probably the most misunderstood among all those I've listed.  We often associate it as qualifier for the word it precedes such as food, music or culture.  We think of ethnic as being something that's foreign or unfamiliar and different from us.  When in fact for many of us, ethnic describes us more than any word.  Historically ethnic represents the largest subset, the box for which we throw all things non-white and male.

Its important to recognize as marketers that ethnic marketing isn't actually a thing, not if you're interested in results.  Understanding what makes up those ethnicities and the complexities of each, helps us to better understand our consumers and create a more informed marketing strategy.

I could fill the pages of several blank textbooks describing diversity.  Simply put, diversity is a state of a group in which every member is uniquely set apart.  One of the misconceptions we have about diversity is that its actually attainable.  Its a Utopian state of being, only something we can and should aspire to.  Historically, diversity referred to race and gender but now encompasses all differences including sexual orientation, socio-economic status, age, physical abilities, religious beliefs, political beliefs, even interests.

What was different used to be the outlier and now its the norm.  For marketers that's created a game of Whack-A-Mole.  As the world around us diversifies, its important for our own teams to do so as well.

That which makes us different also makes us similar.  The moment different people are joined together, they learn from one another and grow towards the center.  So diversity can't be static, its requires a constant effort to combat the homogeneous state.

Its origins stem from mid 19th century: from French, from Old French enclaver ‘enclose, dovetail,’ based on Latin clavis ‘key.’.  Enclaves are a portion of territory within or surrounded by a larger territory whose inhabitants are culturally or ethnically distinct. Therefore by definition, using the term "ethnic enclaves" is technically redundant.

Historically, the presence of enclaves was in response to a rise in immigration.  Having few resources, education and economic capital, immigrant populations gravitated towards each other in concentrated neighborhoods with affordable housing. Today other social factors such as poverty and racism have concentrated ethnic groups into enclaves as well.  For marketers seeking to attract these consumers, focusing efforts in a very targeted geographic area is largely cost-effective.

There's local and then there is hyperlocal.  In the early 2000's the explosion of the internet afforded everyone to easily communicate globally.  In breaking down geographic barriers, a void was left for local concentration.  As the print industries began to die, communications were done on the most macro of scales.

In the 2010's global media outlets like Time Warner and Disney/ ESPN sought to bring back a focus on specifically targeted local content.  The hyperlocal movement is one that provides consumers information, data and entertainment that is unique or customized to their individual experience.  A hyperlocal (also referred to as hyper-local) philosophy dictates that weather, news, sports traffic and even advertising should be geo-targetted to no larger than a zip code.

Originally used to specific describe the Jewish settling of scattered colonies outside ancient Palestine after the Babylonian exile, the term has not been more broadly used to encompass all cultures and ethnicities.  Since the industrial revolution, cross-continental travel has enabled easier migration, or scattering of a people away from their ancestral homeland.  This phenomenon has created more diverse populations and ethnic enclaves within cities which have made a more multicultural marketing approach more necessary.

Simply put a 1st Generation American refers to a person who has immigrated to the United States and been naturalized.  Unfortunately, for the sake of consistency, accuracy and clarity, the children of such an immigrant have often been referred to as the first generation and their parents simply, an immigrant.

From a marketing sense 1st, and subsequently, 2nd generation Americans have been historically elusive.  The fact is their consumer behavioral patterns are very different from one another as with each successive generation there's often an over-compensation with regard to assimilation. Historically, brands have errored in grouping them, and thus, ineffective in marketing efforts, driving up CPM or the cost to reach each 1,000 consumers.

You might think Caribbean-American refers to those that live in or immigrated from The Caribbean.  Even if you look up the dictionary definition you will find: Of or relating to the Caribbean Sea, its islands, or its Central or South American coasts or to the peoples or cultures of this region. Of or relating to the Carib or their language or culture.) you would assume that Caribbeans .  However there are some interesting but important exceptions.  Caribbean-Americans (also synonymous with West Indians) self-identify as those from or living in the Caribbean that aren't Latino.  The United States Census uses the word "Hispanic or Latino to refer to "a person of Dominican, Cuban, Mexican, Puerto Rican, South or Central American, or other Spanish culture or origin regardless of race".  Jamaicans are Caribbeans but their neighbors in Cuba are not.  While Haitians are Caribbean, Dominicans living on the very same island of Hispaniola are not.  Why you ask?  For the most part Latin America and the Caribbean are the same geographically, but ethnically they couldn't be more different.  Its important for marketers to understand the distinction as it effects buying behaviors.