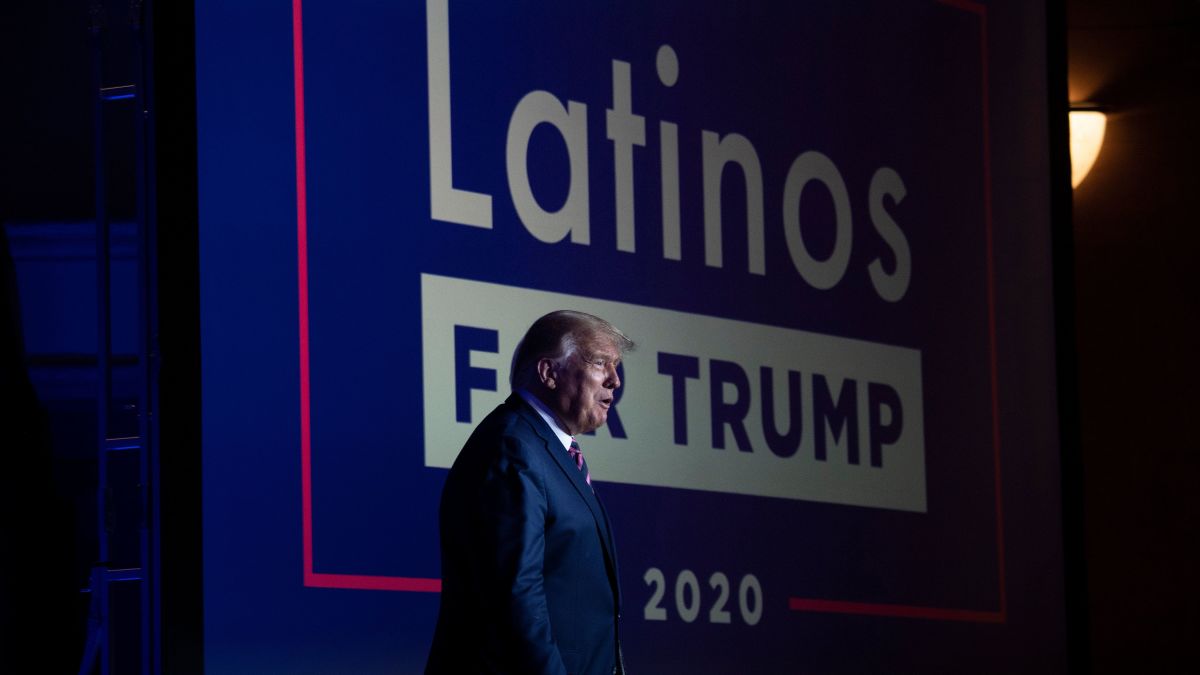 The 2020 United States Presidential Election is now in our rear view.  It was a different kind of election in many respects, as concerns about the Coronavirus prompted many states to expand absentee balloting to allow voters to cast ballots by mail, at their polling place, and in some cases, a mix of the two.  This has changed what has historically has been a one-day event into a week, or month-long painful process.  While there still appears to be, at least some, dispute about the winner,  we've learned as much from the process as we have from the results.

In this election cycle, the Latino voters became the electorate’s single largest minority group for the first time.  But much to the chagrin of both parties that courted their vote, they didn't vote as a block.  If you've been hanging around here long enough, that should come as no surprise as Hispanic Americans aren't a monolith and they don't vote nor consume as one either.

Both major parties were again taught valuable lessons, they should have learned by now.   After all, we discussed many of these same concepts in my 2012 edition of Valuable Lessons from Presidential Election Exit Polling.  As marketers we have reached this point with the Hispanic consumer because we like labels.  It's easier for us to shoot at a target that even if we can't see, at least we can name.  Unfortunately, for almost every generalization we can make an effort to build a profile, there are quantifiable exceptions to the rule.  With each passing year, the market gets even more complicated and less behaviorally and ideologically consitent.  But this past presidential election was yet another excellent case study in what not to do.  Here is what the 2020 Presidential Election Fails Teach Us About Hispanic Marketing.

There are very few Common Threads

First let's start with what we already knew.  According to the Pew Research Center, there are nearly 61 million Latinos in the United States, collectively accounting for 18% of the population.  Despite common propaganda fueled misconceptions, at this point, the vast majority are American born and English proficient.

Much like candidates who courted their vote, marketers who've successfully courted their business, have done so because their engagement has been consistent and authentic.  Successful transactional engagement campaigns are rarely successful.

Not All Race-ism is Created Equal

It should be said that Hispanic is not a race.  Hispanics come in all racial identities from Afro-Latino to those that identify as White.  You might even be surprised to know there's a large Chinese-Latino-American community.  Its long past time that we associate caramel skin complexion with Latino, its wrong, its offensive and its lazy.  However the answer to what race is to a Hispanic is harder than what it's not.

Again, Americans are more invested in labels than others.  That's not to say obsession with race, racism or systemic racial injustice is solely an American concept.  Race is rarely seen as binary within the Hispanic community and the foundation of an ugly underbelly.  Discrimination based on the complexion is commonplace with darker pigmentation seen as less desirable and emblematic of a lower class.

Marketers need to be especially keyed into complexion and skin tones when considering visual media.  For the uninitiated, attention to these nuances can be a blind spot.  If representation is designed to empower those that have traditionally been denied an opportunity to be seen and heard, it looks different to the Hispanic community than it may to African Americans.

Neither major political party historically has been successful in this regard.  Again, Hispanic is not a race, so for the marketer or political operative, this is a characteristic you would do well to avoid when attempting to be Hispanic inclusive.  Instead focus on representing composition of thought, experience, culture, and yes...politics.

Hispanics are not "Spanish people" any more than Americans are English People.  Let's retire that terminology.  We're better than that.  Spanish people are Spaniards that come from Spain.  The fact is, many Hispanic people don't even speak Spanish thus disconnecting them from any logical reference to the word.  Conversely, in many parts of America such as the Northeast, and much of the Sunbelt, Spanish is spoken as much or more than English.

Spanish is the second most widely spoken language in the world, second only to Mandarin.  There are 400 million native Spanish speakers and it is the official language of 21 countries in Africa, Europe, and South, Central, and North America.  Yet, with each progressive generation, Spanish becomes a less reliably effective mode of building rapport with voters or consumers.

As much as Hispanics are not a monolith, neither is Spanish.   While language representation remains important, you're less likely to gain brownie points by leveraging Spanish than to offend and repel Spanish speakers by doing so incorrectly.  There are 10 major dialects of Spanish spoken throughout the world and while most native speakers can understand all of them, it can be challenging when developing effectively engaging messaging.

I shouldn't have to tell you that even with all that Google has invested its artificial intelligence, you shouldn't be relying on Google Translate for your ad copy.  Effectively engaging Spanish speakers is meticulous.  If you're doing it correctly, it's not an efficient process.  The more time, interest, attention and indigenous resources you invest in your audience, the more authentic your messaging will be.

As you've probably noticed in this blog and others, I use the term Hispanic and Latino interchangeably.  This is inaccurate, but intentional.  I only do so because search engines aren't (yet) capable of picking up on this nuance.

Thus, Latinos are a subset of the Hispanic community.  Immigrants and generational descendants of Mexicans, Central Americans, South Americans, Spaniards/ Castilians and Portuguese are all Hispanic but NOT Latino.

As we learned from the devastation and subsequent Hurricane Maria relief efforts, many Americans are ignorant to the fact that Puerto Rico actually was and remains a U.S. territory and its residents are American.  Some would argue this is a result of deep-rooted racial bias.  Either way, failing to recognize these blind spots can have huge ramifications in your messaging.

There's learning curve with respect to the Hispanic Diaspora here in America.  While less common than in the past, we still see many of these unforced marketing errors doom campaigns including:

It's all cringeworthy and an easy way to alienate a target market.  It used to be very easy to guess family origin based on where in America a Hispanic was from.  The Southwest was known for its Mexican enclave given proximity, New York was home to the Boriqua and Dominicans, and South Florida had the largest Cuban American population.  In the future this will become less and less predictable as opportunities increase for Hispanics and generations look to settle in different parts of the county.

20 years ago you might have some success partitioning the diaspora by country of origin.  That's no longer reliable methodology.  Not only did Latinos in South Florida and the Southwest not vote together, they share very little consumer behavior with each other and the Latino community in the Northeast.  Therefore assuming a singular messaging strategy targeting both marketplaces is a gamble at best.  The challenges and issues they were once shared given a common immigration experience has now expanded to be mutually exclusive of socio-economics, political ideology, educational attainment.

Latinos nationwide skew more Democratic than Republicans.  However a common misconception is that as the population of eligible Latino voters grows in the U.S., so will votes for Democrats. Similarly, its assumed that brand loyalty is passed from one generation to the other.  It’s a myth social scientists refer to as “demography as destiny.”

Marketers and political parties alike need to avoid taking the Hispanic adult decision maker for granted.  They require courting and while loyal may be willing to defect to other brands or parties.  This is in large part due to the changing dynamics between generations of Hispanics.  For instance:

The point is, even while being culturally relevant, sensitive to nuance, speaking with the correct language, you likely to find disparities in the Hispanic consumer, sometimes right within the same household.  This is not uncommon with exploding populations.  There will be many shifts in behavior making Hispanics wildly unpredicatable in years to come.

There's a strong argument that, demographically speaking, the Hispanic American consumer and voter doesn't actually exists.  It;s perhaps a grouping marketers, pollsters and parties have tried to corral under one tent, albeit unsuccessfully.  Building a profile comprehensive of all Hispanic Americans is an exercise that will yield diminishing returns, but by following these best practices when crafting a Hispanic American campaign, you'll ensure measurable success.

So how does one wrap their head and arms around such diversity?  You don't.  Instead you appreciate the Hispanic community as being elusive and show that you recognize their uniqueness and various complexities.  Today's Latino community is as diverse as America itself. 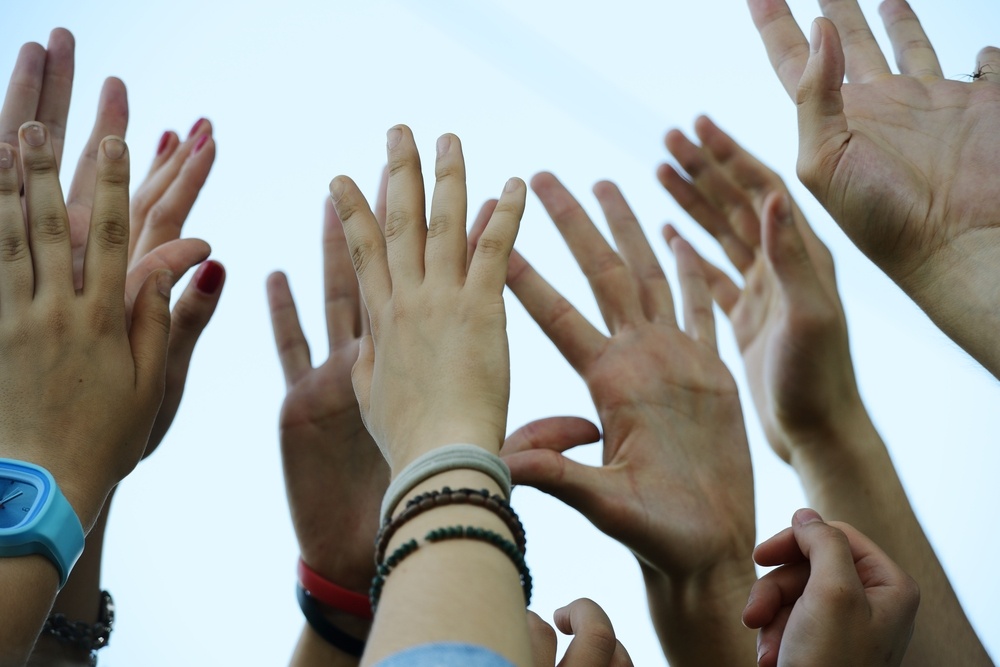 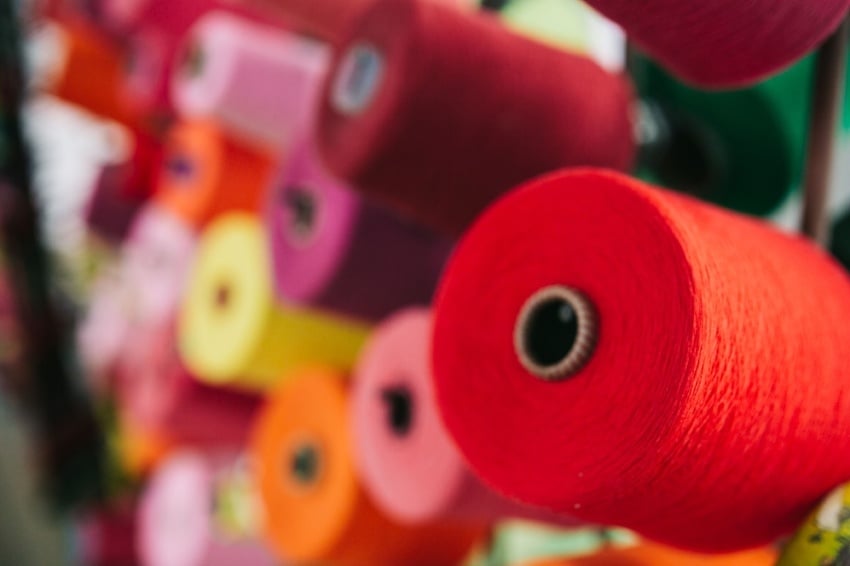